This past week I hit a milestone. A new checked box on the survey, crossing the milestone to being officially past halfway to forty. So here I sit at 36, realizing I’m now four years away from the big one, wondering how we can feel the same in each, turning moment, and yet, ultimately, change so much. Each person’s journey is different, but no matter how much or how little one’s may change, certain important life lessons remain themes. No matter our differences, occasionally a sentiment rings relatable; reverberating a united understanding throughout. Not everyone may completely agree or relate, but will have their own version of what works. And of all the important life lessons you learn by 36 years old, one of the most important is that you are not old. In fact, like Marilyn Monroe said, “..I’m just getting started.” And so are we. Also…. 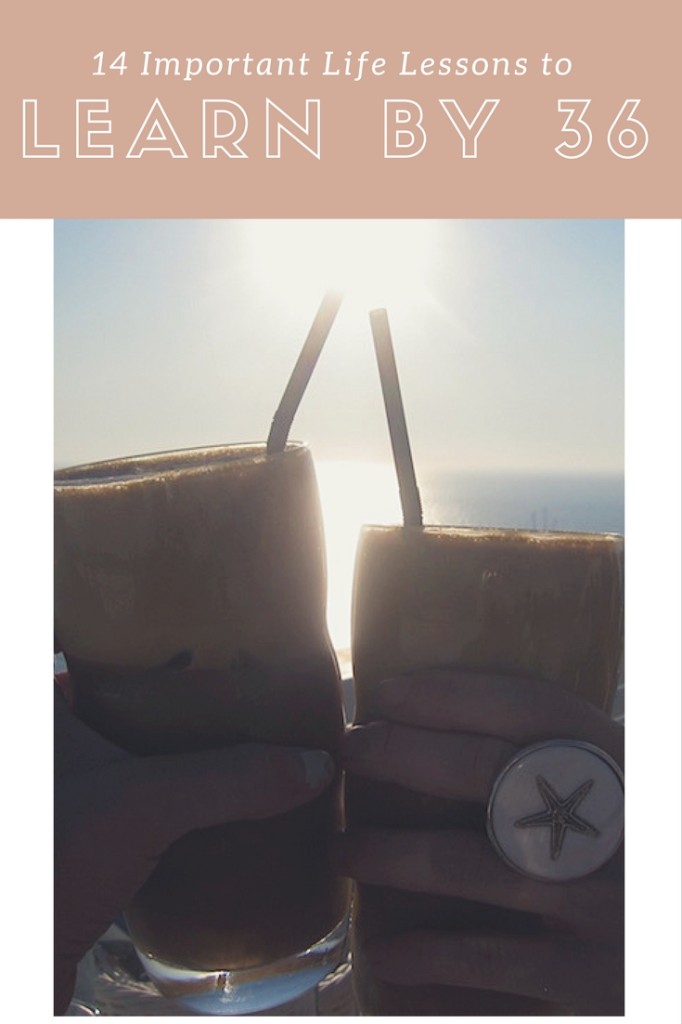 1. Home is where the heart is, but the heart will decide where your home is. In today’s world, not everyone goes to the home they grew up in for family dinners. Some old bedrooms have moved onto greener pastures, and others, being inhabited by new tenants. As children we know to go home after school. At curfew, we run towards home. As a grown up, that home, and the people you go back to at night has likely changed. But one main theme remains the same; a safe place. I realize now the place you want to come back to at night, filled with the person you most want to see; that essentially, is the meaning of ‘home’.

2. Living with female roommates is one of many important life lessons to experience. You could say I lived several lifetimes in roommate year standards. At times a revolving door, at others poor decisions disguised as new besties that for some reason seem like good co habitating material. But looking back I realize that each and every one of those experiences, from the unimportant, to the more memorable played a role in shaping my living patterns, and preparing me for my next, and final legal roommate.

3. You should wind up with an Aidan. We all spent time pining after our own ‘Big’s. But after a recent Sex and the city marathon  I realized we may pine for Big in our twenties, but Aidan’s actually more believable by our thirties. Coveted grand finales in Paris don’t happen, but something you thought was even less realistic can; winding up with the normal, non game playing nice guy. Sex and the city’s ending, (while still my favorite) may not be something that would ever really happen, but turns out, Aidans do. And they’re out there, if you’re willing to look for them. And of course, give them a chance.

4. Your closest friends in your twenties will change by your thirties.

5. Fashion is cyclical so keep your classics (without taking on too many hoarding habits).

6. ON the other hand, some trends were meant to die. Like super baggy jeans and skinny eyebrows.

7. The knowledge of how to cook at least a few things will become important later.

8. It’s not the number of friends you have that’s important. This, a lesson only truly learned with time.

9. Your first love might actually NOT end up being your last love, or your most significant. At the time it seems like that person is the beginning, middle and end, but excluding the rare experience, who you wind up with is not who you started with. And that person you thought would be in your life forever will one day only signify a stepping stone you didn’t even know you were taking at the time.

10. Quality over quantity. Quality over quantity doesn’t just go for relationships in your thirties, but also your retail habits. I can’t say I’ve mastered it, but I have learned along the way that cheaper, is not always better. Instead of winding up with 25 crappy knee high boots with holes in them, or dozens of cheap Forever 21 bras and undies, invest in less, but better made items. By 36 years old you should never skimp when it comes to pajamas, under garments, hangers and most important, bedding.

11. Girlfriend trips are vital. Of all the important life lessons you learn throughout adulthood, this is one of the most beneficial. There’s no denying the power of your female friendships at any age. But when you hit your thirties, those friendships will inevitably change in any number of ways. Those changes never have to affect a friendship, but they will affect other circumstances. Like those girlfriend getaways so prevalent in earlier years. For someone like me, who didn’t exactly have normal relationships, I thrived on female driven adventures. In fact, when my husband-to-be took me to Mexico after four months of dating, it was the first vacation I’d ever taken with a man. Now, every vacation I take is with a man, and those female ones are few and far between. There will be a few key moments in life when each facet of your universe will come together. For all the betweens, they’ll be room for lots of memories, so be sure to make a lot of them when you can. If that means a honeymoon style trip with a best friend, instead of a boyfriend or husband, take it.

12. Sleep it turns out, is necessary. In your 20’s, lack of sleep is something to boast about. It’s like a superpower you know you have, but you’re not quite sure how to harness it. Well, it doesn’t really matter. Because once your twenties are gone, sleep will go from something you ignore, to something you crave. Maybe even at any possible times, abuse.

13. Staying in on weekends can be really quite nice. Even in my rowdy, single days, I enjoyed the occasional, lazy night at home. The idea of sitting inside with snacks cable surfing wasn’t a lack of accomplishment, but anticipated activity. Yet, still one I did only once in a while, and certainly never on a weekend. In younger years staying inside is akin to missing the boat, not being in on the joke, or being late to the party. But by 36, you’re smart enough to know your party starts and ends with you, even if you never leave your living room.

14. Always embrace your inner weird. By 36, (or at least one day), it’s going to mean something that you did. Two of the unique things I grew up hating the most about myself are two of my most important defining traits now. So embrace the weird, leave the pack, and never doubt your uniqueness. 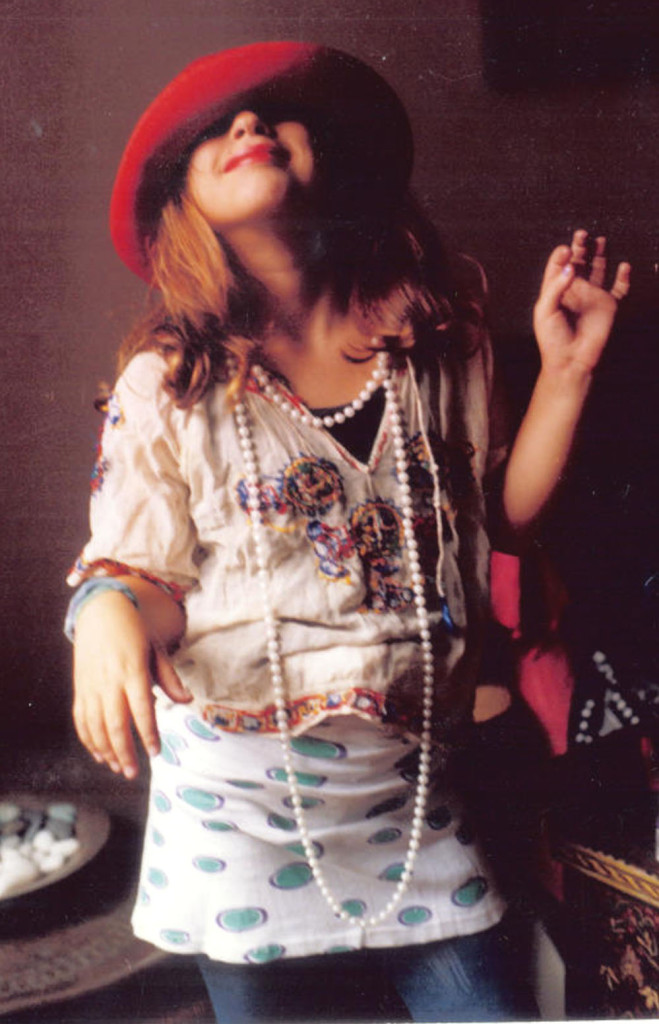