I grew up wearing homemade, hand sewn Halloween costumes. As the daughter of a NYC single mom who also happened to be an art teacher, creative DIY was kinda our thing. As a adult, (or some form of one), there was no sewing involved, and admittedly, the level of creativity had lessened. But no matter what my plans were, I always made sure I wore my costume. Even if that meant wearing a black Breakfast at Tiffanys dress with matching black gloves 3 years in a row. Maybe it was that little girl at heart, or mom’s creations in the back of my head, but even today, a homemade costume, (even on the slightest level) will always be near and dear to my heart. This year, embrace creating your own look, as opposed to buying a manufactured version. And if you still haven’t decided on a costume, here are some creative DIY Halloween costumes that are killer easy to create. Pun intended. 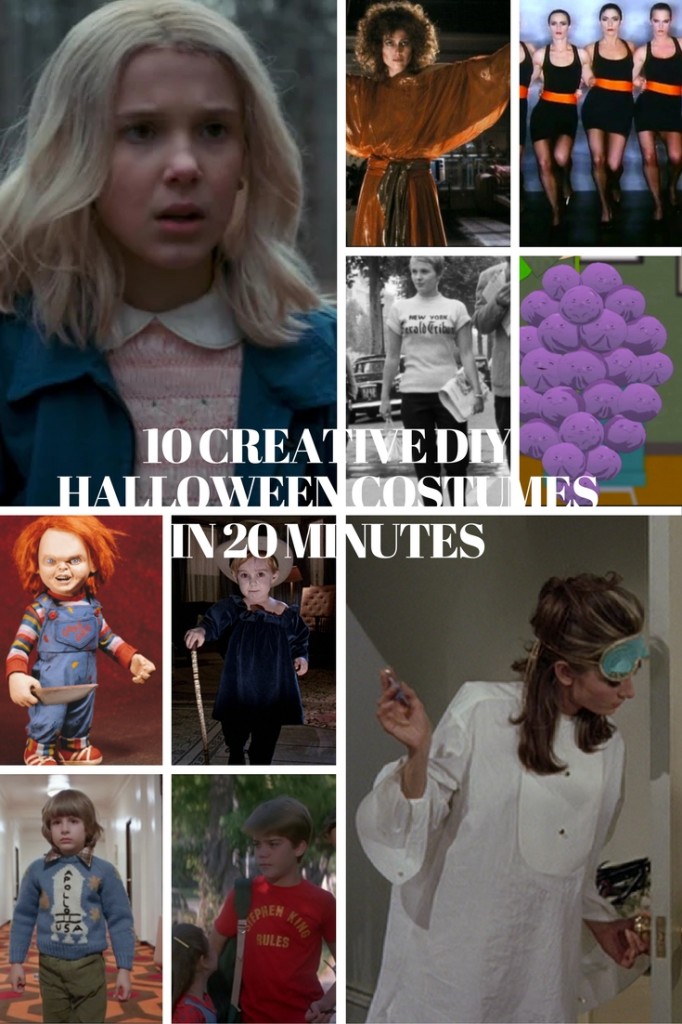 1. Eleven. The moment my binge watching of Stranger Things stopped, I immediately exclaimed (out loud I might add), I’m being Eleven for Halloween!!! At the moment, I found myself brilliantly creative. But like almost everything else nowadays, it’s nearly impossible to have an original idea. And now with Halloween only a few days away, and October 2016 almost a memory, Eleven inspired costumes aren’t only NOT unique, but on the minds of just about everyone. While it may be one of the most popular costumes this Halloween though, that doesn’t make it any less perfect. Besides it’s culturally on point trendiness, it happens to be a pretty simple creation as far as costumes go.

What you need: A blond wig, a pink dress (Peter Pan collar preferred). Available on Etsy here. And of course, your Eggo waffle props. 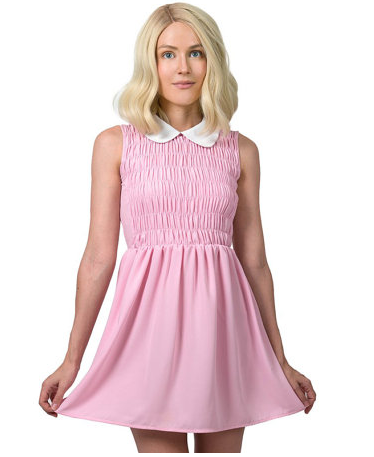 2. Danny from the Shining.

What you Need: This Apollo Sweater and some green corduroy pants. Important prop: Your flexed finger going up and down while simultaneously repeating ‘redrum, redrum’.

3. Sean in the Monster Squad. This classic cult movie inspired costume couldn’t be easier. Just buy the below shirt. Done.

What you need: This Stephen King Rules t-shirt. $ 31 at Skreened 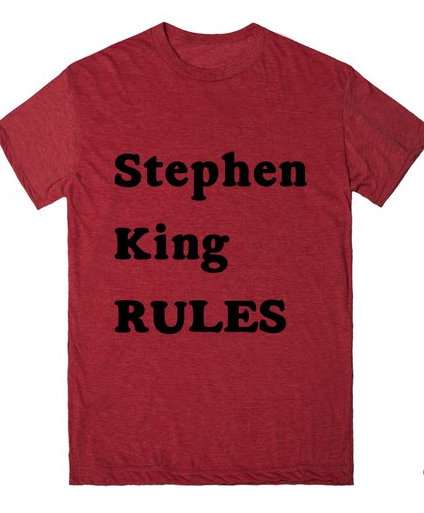 What you need: A tight black tunic dress. Bright red lipstick. A tightly pulled back bun. That’s it!

5. Dana as Zeul in Ghostbusters.

What you need: Go in your closet and find a red, glittery dress. If you’re lacking one, buy the perfect number below. Add some frizzy hair and a cat eye. Extra points for dressing up your partner as the disheveled Gate Keeper. 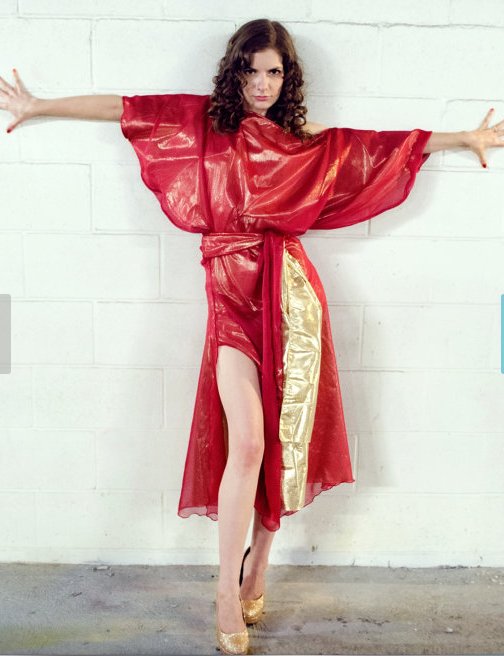 What you need: Herald tribune t shirt available at Skreened with black skinny pants and black flats. What isn’t included: A Parisan attitude and a chic buzz cut. 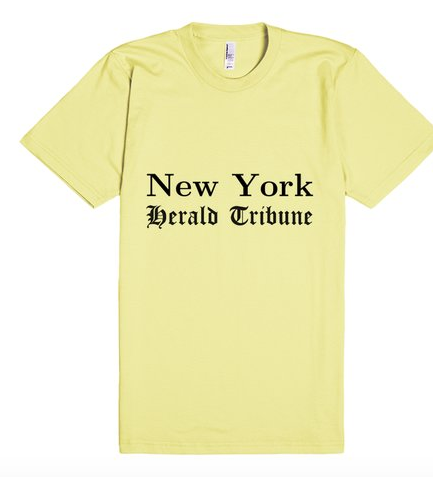 What you need: A striped shirt and red sneakers. Grab your overalls and then buy this patch to sew on them. Add some drawn on freckles, and of course a sharp knife and you’re ready to kill at your Halloween party. 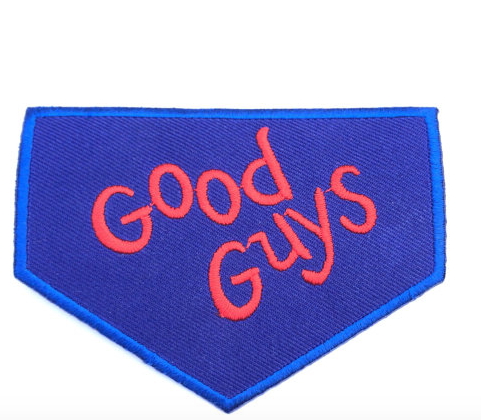 What you Need: Depending on which Gage you’re going for, your outfit will differ. Alive Gage you’ll want to find a pair of yellow overalls. If you already have blond hair, you’re good to go. Post mortem Gage requires a blue velvet dress, tan top hat, a cane, (duh) and some good dead makeup. Probably the more exciting of the two, and likely, neither will be recognizable without explanation anyway. But that’s okay, but you’re not going for familiarity with this one.

9. Audrey Hepburn in Breakfast at Tiffanys. The most popular Audrey costume on Halloween is definitely the one standing at the Tiffany & Co window, tiara in hair, and croissant and coffee in hand. But there’s another classic look from that iconic movie, that though less copied, is no less stylish or easy to create. And I do mean, super easy. It does involve a higher level of confidence though, while this is a less clothed costume than others.

What you need: An oversized mens tuxedo shirt. Eye sleeping mask. A perfect updo twist, and extra points for cat in hand. 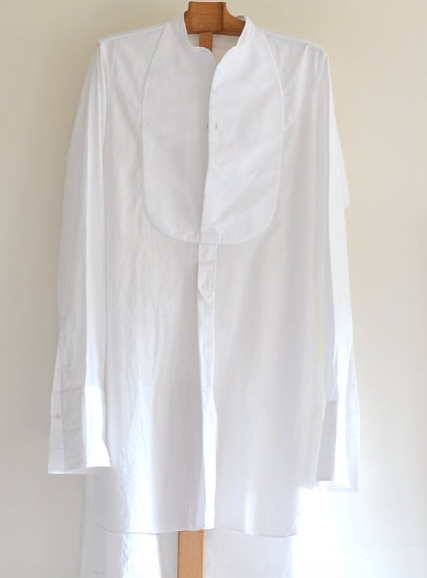 10. Member berries. After watching South Park this season, like millions of other people, I suspect that Halloween 2016 will bring lots of inspired member berry costumes. In case you don’t know this one, basically they’re annoyingly chatty berries that solely exist to remind us our favorite pop culture items from history’s past. The fictional story itself may be beyond silly, but this creative DIY doesn’t have to be. Okay, it still is. But you’ll definitely get noticed for your work, and isn’ t that what everyone dressing up on Halloween ultimately wants?

What you need: Purple Tights, or leggings. A purple shirt. Purple Pompoms to glue all over your shirt and legs. Most important: Remember to keep saying, “member??” every 5-10 seconds. 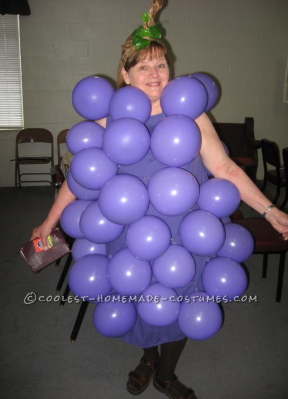